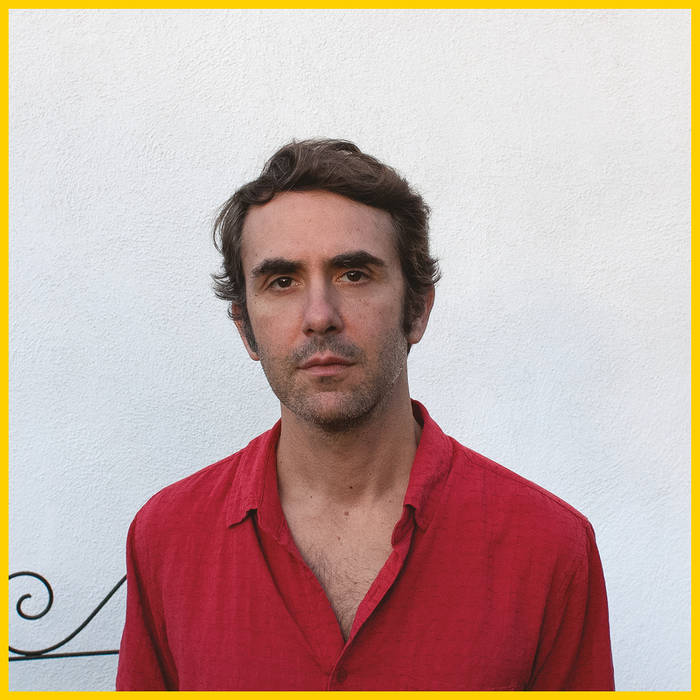 Mighttheone Chris Cohen is a classicist, his songs represent the beauty of music recorded within a structure. I feel things he sings of those things.

jacob johnson I already know this is going to be my favorite album of ‘19 after listening to Edit Out and Green Eyes 100 times already.

Rimbimhoot This album is very mellow and calming to me. His vocal timbre is soothing too and the arrangements are unique Favorite track: Green Eyes.
more...

Chris Cohen’s songs initially sound easy. They’re each tiny jewels that unfurl at a leisurely pace, but dig a little deeper and you’ll reach a melancholy core. His previous two albums — 2012’s Overgrown Path, and 2016’s As If Apart — were built from lush, blurry tracks that embedded themselves in your subconscious, like they’d always been there.

Chris Cohen, his third solo album, was written and recorded in his Lincoln Heights studio and at Tropico Beauties in Glendale, California over the course of the last two years. Cohen would sing melodies into his phone, fleshing them out on piano, then constructing songs around the melodies, and later, adding lyrics and other instrumentation with the help of Katy Davidson (Dear Nora), Luke Csehak (Happy Jawbone Family Band), Zach Phillips, and saxophonist Kasey Knudsen, among others. It is his most straightforward album yet, but it is also the conclusion of an unofficial cycle that began with Overgrown Path.

“My parents got divorced while I was making this record,” he says. “They were married for 53 years and my father spent most of his life in the closet, hiding both his sexual identity and various drug addictions. For me it was like being relieved of a great burden, like my life could finally begin.” It is this sense of truth and freedom that is woven into the very fabric of the record even as it grapples with complicated emotions. Indeed, a core truth of the record is what at first seems like a simple idea: “I hoped that by writing about what was closest to me at the time, I might share something of myself and where I came from,” Cohen says.

Though the album is undeniably part of the framework that made up his previous two records — Chris Cohen is also a thoughtful, accomplished meditation on life and family, backed by dusky instrumentation influenced by the late evening beauty of Pat Metheny’s Falcon and the Snowman soundtrack, and Thomas Dolby’s Golden Age of Wireless. It’s beautiful, but it’s also unflinching in its depiction of emotional turmoil.

On “Edit Out,” written in the wake of his parents’ divorce, Cohen examines his relationship with his father through devastatingly straightforward lyrics: “We were loved from afar / Everyone kept in the dark.” Though it’s a gorgeous song, the emotional weight is immense. A line like “people want a lot” carries a substantial amount of power, even if the initial intention of the lyric is not immediately clear.

But Chris Cohen is not a confessional record in the traditional sense. Instead of picking at open wounds, the album looks forward by embracing the past. Cohen’s father worked in the music industry, which exposed him as a child to not just the practical realities of a career in music — from a young age he saw plenty of recording studios and heard stories about musicians from his parents — but the more creative as well. “I had the sense that music was important and was something I could do,” he says.

On album opener, “Song They Play,” Cohen revisits his childhood, and his attempts to get his father’s attention. “I was mostly shielded from what was going on,” he says. “but had occasional glimpses into my parents’ complex world. When I sing these songs, I think it’s my way of communicating what I am unable to communicate in real life.”

None of these songs are abrasive or even aggressive. The soft drum fills on “Song They Play” comfort, and the guitar virtually glitters. Chris Cohen is a beautiful album about pain and loss but it’s also about accepting loss. Of the song “Green Eyes,” Cohen says “[It’s about] the men in my family and how they passed their worldview along to each other from great emotional distances. My father and grandfather were full of secrets and longing, which were communicated through everyday actions like driving a car or cooking a meal. We all wanted closeness, but never found it in each other.” This is a statement about a specific song, but it is also a statement about the album as a whole: Chris Cohen is not so much autobiographical as it is multi-generational.

Written and played by Chris Cohen except where noted.

Jay Israelson on Piano / Keyboard on "Edit Out", "House Carpenter", "Twice in a Lifetime", "The Link" and "Heavy Weather Sailing".

Kasey Knudsen on Saxaphone on "Edit Out", "The Link" and "No Time To Say Goodbye".

Chris Cohen has plied the inside and outside folds of pop musical possibility since at least 1978, when he first set infant drumstick to skin at the tender age of three, initiating decades of sonic experimentation across multiple bands and nearly a dozen recordings. ... more

Bandcamp Daily  your guide to the world of Bandcamp